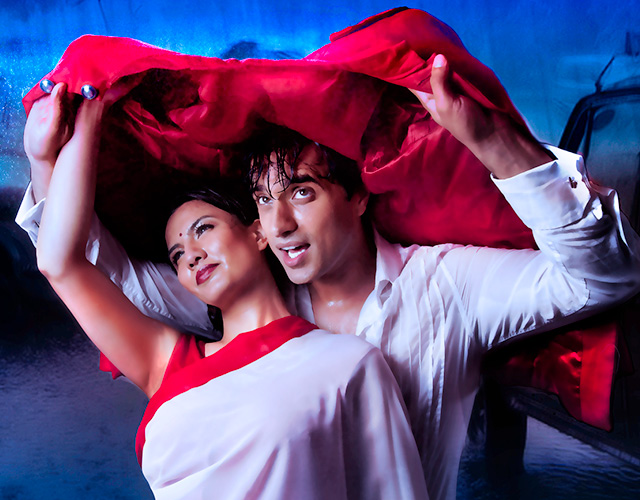 Love and betrayal in the golden age of Bollywood cinema. Laila, a blooming starlet is romanced by the dashing hero Sikandar in the 1970s. They star in blockbuster musicals where heroes wear their hearts on their sleeves and rescue beautiful damsels from the clutches of villains who pave the mean streets of Bombay with gold.

Laila and Sikandar’s passion is ignited secretly between the pop and disco numbers. Soon the boundaries between what is real and what is imaginary start to blur. When the deceit is unmasked, the intensity of their emotions threatens to burn everything in the city of hope and dreams. Will there be a happily ever after for the star crossed lovers?

2 hours 15 minutes including an interval.

This performance will contain strobe lighting.

We have produced 49 shows, 14 national tours. Since 2003, we have been adventurously pushed the  boundaries in performing arts, presenting fresh, important and risqué Asian stories,  introducing and nurturing the next generation of British Asian talent entertaining  communities by involving them in every step of the way.

Phizzical easily justifies its name: it fizzes and whizzes, sizzles and  bristles and teases with comedy, makes you want to laugh and sing

THE STAGE on Bring on the Bollywood

From the golden era of Bollywood, musical blending reality and fantasy of stardom.