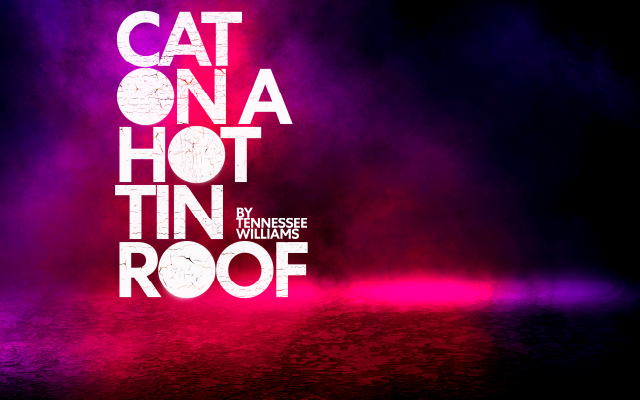 Cat on a Hot Tin Roof

On a sweltering Mississippi night, the lies are as stifling as the heat.

Maggie has fought up from poverty, only to find herself in a passionless, burning marriage. Her husband Brick, a former pro footballer, drinks to drown out the hurt he has bottled up inside. When the entire Pollitt family meet for Big Daddy’s 65th birthday, the claws are out.

As shattering truths threaten to spiral out of control, the family set out to protect themselves, and each other, from falling apart.

This bold new revival of Tennessee Williams’s lyrical Pulitzer Prize-winning masterpiece is a blazing portrayal of what it takes to survive in a society where we’re all desperate to feel free.

See what critics had to say, here:

“An imaginative staging of Tennessee Williams’ classic” The Guardian

“Tense, unnerving and arresting” The Times

A co-production between English Touring Theatre, Leicester Curve and Liverpool Everyman and Playhouse.

Supported by a grant from Royal Theatrical Support Trust.

There will be a 30 minute post-show talk held on Thu 28 October in the same studio as the show.

Approximately 2 hours and 25 minutes including an interval.

Join us for a chance to discover more about Cat on a Hot Tin Roof in this question and answer session. Have a burning question that you want to ask about the production? Do you want to know about the set, the performers, what life on tour is like, or where they trained to become a professional?

Free to anyone attending any performance of Cat on a Hot Tin Roof. Reserve your place by calling the Box Office on 02380 711833.