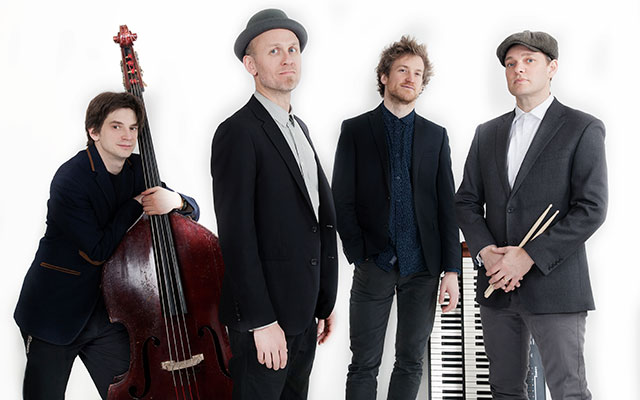 At Tongue Fu, poets, writers and storytellers take to the stage to perform live, amplified by the quick-witted improvisers of the Tongue Fu band.

One of the the UK’s leading spoken word and music shows for over a decade, led by poet, musician and founder, Chris Redmond (BBC Radio 1, 2 and 4, Sky Arts) Tongue Fu features musicians whose credits include playing for Jamie Cullum, The Last Poets, and Massive Attack.

Tonight’s showcase will feature local writers and the Tongue Fu band, followed by an interval and the evening’s featured guests:

2 hours with an interval.

His second collection After the Formalities published with Penned in the Margins is a Poetry Book Society Recommendation and was shortlisted for the 2019 T.S Eliot Prize. It was also a Telegraph and Guardian poetry book of the year.

Malaika Kegode is a writer, performer and producer based in Bristol. She has performed around the UK at a number of celebrated venues, festivals and poetry events, such as Tongue Fu, Out-Spoken at The 100 Club, WOMAD, Boomtown Festival and BBC at the Edinburgh Festival. She has also worked with a number of organisations including Roundhouse, Historic England and Elstree Studios. She has been shortlisted for the Out-Spoken Poetry Award and had her work displayed at the Arnolfini in Bristol and has acted as tour support for Saul Williams at The Fleece.

In 2020, Malaika’s debut theatre show Outlier - was commissioned by Bristol Old Vic after scratch performances as part of their Ferment season. In 2018 she was included in the BME Power List, celebrating Bristol’s 100 most influential black & minority ethnic people.

Ella Frears is a poet and artist based in London. Her debut collection, Shine, Darling, (Offord Road Books, 2020) was a Poetry Book Society Recommendation and was shortlisted for both the Forward Prize for Best First Collection, and the T. S. Eliot Prize for Poetry.

She has had poetry published in the LRB, Poetry London, The Guardian, The Telegraph, Ambit, The Rialto, and the Moth among others.

Her latest pamphlet I AM THE MOTHER CAT written as part of her residency at John Hansard Gallery, Southampton, is out with Rough Trade Books.